How to Be an Effective Advocate When Responding To Examiners 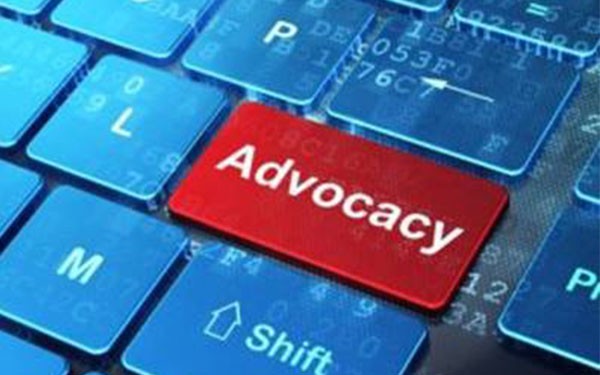 You’re a patent prosecutor. You’ve just received an office action. The examiner has rejected your claims. You think the examiner got it wrong. On the technical issues, it looks like the examiner is off base, pointing out elements in the prior art that aren’t really there, and finding motivation based upon the flimsiest bases. Also troubling is that the examiner has based some of the rejections upon rules or precedent that you think are incorrect, both on their face and as applied to your claims.

So, it’s time to prepare an office action response. Hopefully this will change the examiner’s mind and will allow your client to receive a patent. Your response may include some preliminary matters, perhaps some claim amendments and recitation of the prosecution history, and the status of various claims.

Then you come to the arguments. You want to argue with the examiner’s decisions, to be sure, but that does not mean that you want to be disagreeable.

Your job as an advocate is to help the examiner understand your client’s position.

There are numerous techniques you can apply in order to argue your case in a more effective manner. Effective advocacy is not limited to legal documents filed in court or an administrative appeal. Even when you are arguing to an examiner, your arguments can be made more effective by the manner in which those arguments are presented.

The Most Important Principle of Advocacy

Get to the point.

The best way you can help the examiner is by getting to the point. There are some examiners who, when reviewing written responses from patent practitioners, want an answer to this basic question: “If I messed up, can you please show me how, and tell me where, and explain why?”  Answering this question directly is what getting to the point is all about.

Getting to the point carries with it a host of corollaries, such as…

Be Direct Without Being Impolite

It is not discourteous to get to the point. Some patent practitioners think it is rude or brusque to get to the point too quickly. Consequently, they include a bit of language in their written responses to make it seem as though they do not wish to sound overly critical, nor do they want to offend the examiner.

Be Clear and Terse at First

Getting to the point requires you, as an advocate, to plainly state what the point is. In most cases, the basic point can be expressed as a short, simple sentence. There should be no doubt as to the position you and your client are taking on an issue.

The longer and more convoluted the point is, the more confusing it is. Generally speaking, you cannot persuade a person by confusing the person that you are trying to persuade.

Try to make a point as a single point. Sometimes advocates conflate disparate points into a single argument. It may happen, for example, that the examiner draws one conclusion that is erroneous for three different reasons. Or it may happen that there are there are multiple related—but nevertheless distinct—errors. In such cases, call out each of the points separately and clearly.

After Clearly Making the Point, Explain It

Getting to the point means that the examiner ought not to have to go looking for the point.

In the business of news journalism, there is a principle that the most basic elements of a story ought to be supplied first, followed by additional explanatory information or details. The first few lines of the story should encapsulate the basic thrust of the piece. When a reporter puts the details or explanatory material in the first paragraph, and puts the basic thrust in a later paragraph, that is called “burying the lede,” and it is regarded as bad form.

When being an advocate, make your point right away. If you “bury the lede,” that means the examiner will have to go hunting around for it, and there is a significant risk that the examiner may not find it or may not recognize it as the point you are trying to make.

Some advocates have even been known to place the point at the very end of the argument, as though their arguments were a set of clues that in the end support the proper revealed conclusion. This may be a style appropriate for a mystery novel, but it is to be avoided in legal documents. You don’t want your arguments to be a mystery.

The practice of journalistic techniques offers another helpful piece of advice for the advocate: write concise, helpful headlines to summarize your points.

A good headline is very, very terse. It rarely exceeds a single line. Some advocates are known to pack a lot of words into a headline, such as “The Examiner Erred And Failed To Meet The Burden Of Proof By Finding Anticipation Under Section 102, Specifically By Concluding That The Jones Reference Discloses Or Suggests An ‘Armature’ As Recited In Claim 1.”  A more terse version could be this:  “Jones Does Not Disclose An ‘Armature.'”

Good headlines serve a number of purposes. First, they help you get to the point by encapsulating what you want to say. (I am speaking here of the “old school” form of headlines, not the “teaser” or “clickbait” headlines that do the opposite and have emerged in the Internet Age. Do not write anything like: “Seven Reasons the Examiner Erred:  Number Three Will Shock You!”)

A third benefit of good headlines is that the examiner can get a good idea about your position at a glance. Just by reading the headlines, the examiner can see where you are coming from. The Examiner is more likely to address your arguments properly, and is less likely to overlook some of your points.

Your arguments ought to be laid out clearly and effectively. What constitutes a clear and effective layout varies from case to case.

Sometimes arguments can be organized so that they mirror the examiner’s office action. This can help the examiner by explaining what arguments apply to which rejections.

As a general rule, it can be helpful to argue the more sweeping points affecting many claims first, and argue the more specific points applicable to individual claims later.

Avoid having distinct arguments being disjointed or conflated or otherwise arranged in a confusing fashion.

Argue in the Alternative

Often a claim rejection is thought to be erroneous for several distinct reasons. It can be strategically advantageous to argue in the alternative that there are, say, five distinct reasons why a particular action is in error, and reversal is in order if any of the five reasons is valid. Put another way, you only need to be right on one point to reverse a rejection; the examiner has to be right on all five points in order to maintain that rejection.

When arguing in the alternative, make it clear that is what you are doing. Otherwise, it might not be clear to the examiner that prevailing upon any single one of your points is sufficient to require a reversal.

In patent prosecution, many technical and legal issues are difficult enough on their own. Do not make them more difficult by using obscure language or by tossing around Latin terms or by arguing hyperbolically. Your job as an advocate is not to overwhelm the examiner or confuse the examiner or browbeat the examiner, but to help the examiner.

Some Benefits of Good Advocacy before Examiners

You will be helping the examiner, of course.

You will also be helping any reviewing bodies, which may include the Patent Trial and Appeal Board (PTAB), juries, and trial or appellate judges.

You will be helping your client. Many clients appreciate it when their counsel sends them understandable documents that lay out arguments in a straightforward and easy-to-follow fashion.

If it becomes necessary to file a document for review, such as an appeal brief or a pre-appeal, your clarity and organization before the examiner will prove immeasurably valuable. You can more quickly identify your strongest arguments and your bases for review. In the case of a pre-appeal, where you are required to supply a “succinct, concise and focused set of arguments” and there is a strict page limit (see MPEP § 1204.02), the short and to-the-point arguments made to the examiner will help you make your case more easily in the allowable space.